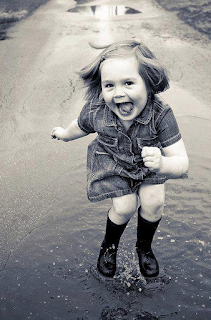 Most of us start out as children with no fear of dancing--that is, with no "chorophobia."  Psychological blocks sometimes come later and we don't even recognise them as fears.

The word "phobos" from ancient Greek means to avoid or withdraw, which is perhaps a better behavioral way of understanding phobias.   It is all too easy to avoid or withdraw from dance either before learning the skill or after having bad experiences while dancing. The good news is there are effective ways to "treat" chorophobia.  I will address solutions at the conclusion of this post.

Phobias, can be debilitating for some people, causing great harm to them, and chorophobia is no different.  This sounds like a remarkable overstatement that avoidance or withdrawal from dance could be "debilitating."  However, think about couples you have known who may have had serious problems around one liking dance and the other refusing to even try.  Or perhaps, you know a couple who danced together and one "gave up" after having bad experiences?  Was chorophobia behind it all?  Even for the couple or individual who is afraid of dancing, looking awkward, having "two left feet," and so on--a dance phobia is debilitating their natural ability to somatically respond to music (dance).  Responding somatically to music is one of the few markers for being a human being.  Fear is stopping this freedom of expression?!  Face your chorophobia and overcome, my friend!

The following is not an exhaustive list or in any order of priority.  Which one is your hot button?

Solutions:
All of these fears could be treated by a therapist.  But I believe that the most effective treatment that I could recommend is that you find a caring tango community.  You will find your healing there. If you cannot find a caring and social tango community, then build your own.  There are others like you out there, in search for the balm of a caring community to treat your own version of dance avoidances.  Even in large cities, there are smaller, more social milongas.  Find one that is your healing balm!