The body as the first musical instrument

Through tango I have discovered that the most primal musical instrument on earth is the human body.  Each body contains its own rhythm, called a pulse, and internal music.  Of course, many will dispute this, but it was the acceptable theory during one of the most amazing periods of artistic human development:  The Renaissance.  The power of musica instumentalis is that an orchestra or musician can give two or more people a common pulse.

I love this ceramic piece from Picasso (shown to the left) because it shows the power of musical expression to make the animal within us dance.  Only the child human animal dances without instruction to music; so what looks like a goat is actually our unique brain delighted by music so much that we human beings are moved to dance.  The flutist and the dancer are one.

I found this ceramic Picasso work of art because recently I remembered something important about my first instrument (other than my body).  I was looking for a picture of a plastic flute I had in fourth grade.  As a fourth grader, I had to learn to play the flutophone.  Before a big concert, all three classes at my school came together and we were playing together.  It sounded pretty darn good, I thought.  But then the music teacher asked everyone who took the music test and got a 80% or above to play.  Most of us put our instruments to our side and just listened.

It was amazing!  What a difference between muddled music and a clean rhythm and clear melody!  This was a huge realization of what musicality is -- it is clean rhythms and clear (even if dark or raspy) tones.

I was not good as a flutist, so I was one of the many who only listened.  But the music became a part of me.  This experience resounded in me.  I wanted to be a part of it.  That is what music does:  It has the power to move us psychologically and bodily.

I eventually dedicated myself to being a musician in fifth grade after hearing a cellist play for the first time. I was so moved that I had to learn to be a musician.  I played later in string orchestras as a bassist.  A year later in fifth-grade summer school, I started as a percussionist, which became my main instrument as a musician in symphonic orchestras, jazz bands and combos.  The electric bass brought me to dancing salsa, learning latin percussion, and then I discovered the most amazing instrument through tango:  The body.

Now I am more musically aware than ever since I learned, through tango, to embody music, that is, use my body as my primary instrument.  My music is movement as a body-musician.  Body-musicians (like singers*) use their body to create musical expression with instrumentalists or as soloists.  Tango body-musicians join with tango orchestras, usually in duets on a floor of many duets of body-musicians, which is called in tango a "milonga."

If anyone asks you if you play an instrument, the answer for tango dancers is:  "Yes.  My body."

*Theories of musica humana did not consider the voice as part of the body but instead musica instrumentalis.  I like this idea that the voice is a separate instrument from the body, but music departments and even my musicians' union when I was a professional did not allow singers in to the union because of the belief that the voice was not an instrument.  During the Renaissance the belief was that the voice box was a separate instrument and was not musica humana: "Musica quae in quibusdam constituta est instrumentis (sounds made by singers and instrumentalists)." An easy way to settle this philosophical hair-splitting is simply to allow the body to be an instrument!  The body includes the voice box, a pounding heart, vibrations of multiple organs, the buzzing and frequencies of molecules and atoms.  When we move our mind begins making its own music.  Therefore, I believe that dancing and singing are examples of how we, especially when aware, become body-musicians. 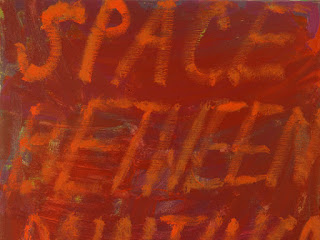 Tango is a great laboratory for self-discovery.
Dancing brings out my feelings and insights into myself like no other activity I have known.

Below I have a video clip for you that put some great insights together, a lecture called the "Space between self-esteem and self-compassion" by Dr. Kristin Neff.

From her insights, I realized that the best efforts of educators and therapists have created a world that has less compassion for self and others.  Each year measures of  "self-esteem" rise, but this has become another word for "over-rating oneself."  Perhaps in the misguided world of trying to being special, according to Dr. Neff, we have even created bullies--the need of some people to be better and "extra-special"-- when not merited.

In talking with others about this concept, a visual idea came to mind that you can apply to your dancing or any aspect of your life.  Dr. Neff talks about three elements being in balance:  self-kindness, our acknowledgement of our part in humanity's universal imperfection, and finally, self-esteem.  Please watch the video, but I think this graphic (below) will help you understand the profundity of her ideas:

First look at the bottom of the graph, which describes the bell curve of our shared humanity (that we are all imperfect to some degree).  Using dance as an example, being "too compassionate" with yourself will keep you from getting better, and feeling too much self-esteem keeps you from being present with your partner as you think too much about yourself and being great--especially in tango, a social and partner-centered dance.  The bell curve is a centered "fulcrum":  A mix of knowing your talents and being at ease with your limitations.  Each person is different, but that balance is essential for each of us.*

I work at being kind to myself.  I think these ideas (expanded below in the talk by Dr. Neff) have deep meaning for anyone who thinks they have pretty good self-esteem, but are also not very kind to themselves.  That's me.  Being kind to others seems much easier.  But, I realize now something is out of balance, and it is not just me.  I think many around me struggle with this same imbalance.  Perhaps, humanity's imbalance is even the center of our imperfection?

Maybe you didn't need to hear this message, but I did:

How is your dancing?   How is your "space between" self-compassion and self-esteem?  Starting with my first class in tango, I wished now that I just worked on being advanced in "being kind to oneself."  Then self-esteem can truly be because of merit.  Also, I must admit that my self-esteem may have been unmerited, especially as a young musician, as I secretly dealt with my self-doubts.  On a deeper philosophical and spiritual level, self-esteem is very much like the cheap-grace spiritual movement, such as the bully who believes he is going to heaven but is cruel to others.  Or on a more personal level, my own self-kindness in certain areas of my life, I now realize, has had to work overtime to cover over the sins of unmerited self-esteem.

What class are you in for being kind to yourself and others?  Advanced?  Intermediate?  I am glad to be a beginner.  That's better than not even knowing that I needed to start!


*The bizarre bell curve:  The unusual thing about the bell curve that I am proposing out of Dr Neff’s inspiration is that we usually do not think of being at the top of the bell curve as being desirable.  However, in the illustrated graph above, it is extremely important to aspire to the “summit” of the bell curve.  To demonstrate this concept, take the story of Buddha or Jesus or whomever you see as being an "enlightened one."  The story of Buddha is that he was protected as a prince from knowing the depravity of human existence.  Once he became aware, his shock and empathy took him to the bottom his psychological life.  Is not the "space between" a middle point where great people go to help others?  In Buddhism another term for this is “the Middle Way.”  The middle point is the place that suffering people go to receive help, and where privileged people go to help from their strengths.  Jesus’ story is one of a perfect man preaching among sinners and healing the sick.  He also touched the very bottom of human existence by being tortured for being seditious.  His teachings such as “love your enemies” still are seditious—even in the very Church he founded.  The Word becoming flesh is also a middle point.  It must be a great disappointment to inspired teachers that their followers seem to try to find the far right end of the bell curve and look back at humanity with their own hard-earned self-esteem.


Therapist: Thanks for sharing this with us. Your "beginners mind" helps me and I think it will help many.