The naked truth about The Naked Truth


Earlier I reported on the Silent Milonga, an event in Heidelberg, Germany. The same organizer, Eric, invited me to come to yet another milonga that he was organizing, called The Naked Truth.  I have done the best next thing to actually going:  This post is a report on The Naked Truth through a candid conversation with a couple that went because I don't know if I will ever have the courage to go myself.

Miguel Di Genova from Otros Aires was there to perform; so I figured it would be well attended, but in spite of Otros Aires being there, it was a modestly attended milonga with many of those dancers who had already attended two earlier nude milongas.  Just as a silent milonga is not for everyone, even more so, a nude milonga is definitely not for everyone for many different reasons.  Would you go?

Something you need to understand first:
Germany leads all other European countries with nudist beaches, saunas and activities.  I asked about shoes, but Eric, told me:  "A person wearing shoes is no longer naked.  There are other events in which people dress up erotically or promote eroticism.  This event is simply 'the naked truth' and 'come as you truly are.'"  I understood Eric's intent that he wanted a milonga that promoted ex'ing out-inhibitions rather than promoting exhibitionism.  The Frei-Körper-Kultur "free-body-culture" in Germany is a movement of being in one's body--not eroticism.   It is rather hard for shame/guilt cultures to understand this mentality--at least, as an American it was for me when I first arrived in Germany in 1991.  My readers in all of the Americas will probably be amazed--maybe even shocked--that there would be such a milonga. But I want to remain open, and can easily do that since I have had some wonderful experiences with the natural freedom of this Kultur of no shame about one's body here in Germany. The interview below has some candid questions that perhaps many readers would naturally have. But remember, this couple is only a very small sample, of what The Naked Truth meant to two people who went. In the comment section in the next few days, you will see at least a few comments from others who may have had an entirely different experience.

The Interview with Adam & Eve
The couple was willing to give their real names, but for now, their names are "Adam" and "Eve."

Tango Therapist:  My biggest doubt about not wanting to go, to tell you the truth, was that I am not perfectly satisfied with my body.

Eve:  Perhaps nearly every woman is especially body-image aware, or 'hyper-aware,' but I felt more at ease when I personally knew a few others who were also going--especially since they felt at ease with their "imperfect" bodies.  That's perhaps the greatest thing about The Naked Truth:  People are just there as themselves, not hiding things about their body that they should feel ashamed of.  People have scars from operations, folds are simply just who they are without shame.

Adam:   It is not just women, my first concern was about presenting myself naked at being judged, not by those who might find out that I had gone, but those there at the naked milonga.  I have gone to nude saunas with my children.  Also, I enjoy the freedom of being at a FKK lake.  People that are there are just normal folks.  I wanted my children to grow up not thinking that being naked is "nasty" or automatically erotic, as it is in so many cultures, where people are arrested for being naked at their own swimming pool--seen only by a neighbor with binoculars who reports them.  I suppose that many might a nude milonga as extremely inappropriate.  My guess that the biggest negative reactions will come from cultures which also have the highest rate of sexual crimes.  Because there is no shame about nudity in my family, I mentioned The Naked Truth to my 15-year old son,  I told my son about the milonga, and he said, "So what!  There are naked bicycle races, naked horseback riding, naked everything.  Of course there should be a naked milonga!"  Out of the mouths of children often comes great wisdom.
Tango Therapist:  That is all good and well, but at saunas you do not dance around with the other guests, breast to breast.  I have to be honest here:  I would worry about getting an erection.

Adam:  Okay, but think about it.  When you first came to Germany, were you afraid that you might get an erection at a naked sauna?

Tango Therapist:  Okay, yes.  I did worry about my first mixed naked sauna.  And it is true--the feeling was much different, and there has never been a problem.  But I am still skeptical.  Okay, intellectually, I believe you, but I still don't think I could go to The Naked Truth. 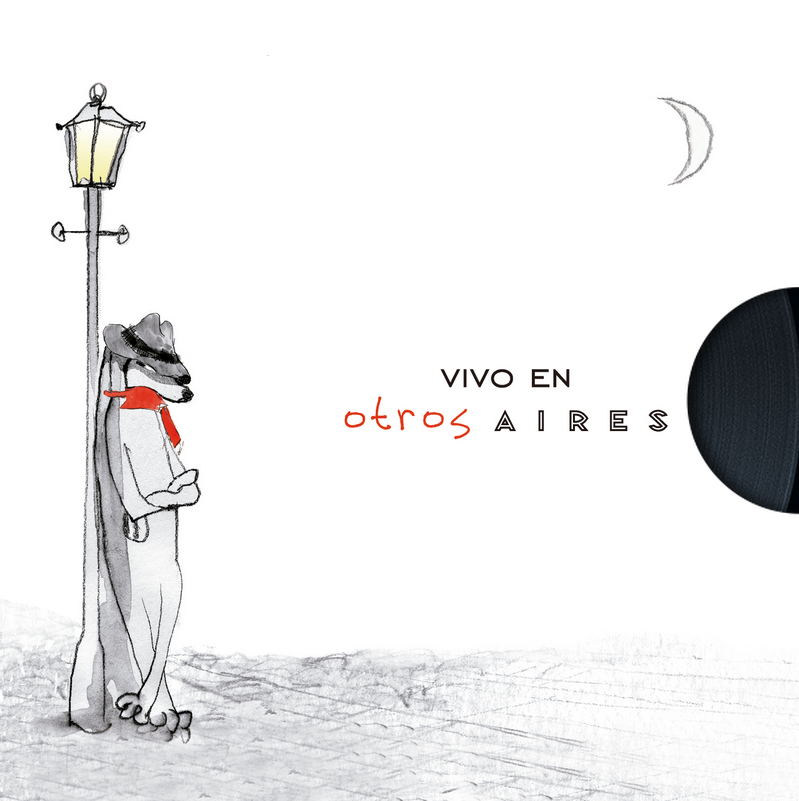 Eve:  I understand that feeling.  Really, I didn't want to go at a naked milonga either. I have no problem with being naked at a sauna.  But I thought I couldn't dance naked in a normal close embrace without some sort of "shell" of protection.  I asked myself how I could do the same thing with my bare breasts against a naked man when I only know this experience with my intimate partner.  I asked myself how this would not make me ill at ease.  I admit that the big draw for me, to be honest, is that I wanted to be there for Miguel Di Genova from Otros Aires.  There was a time in my life when my grandmother was dying, and I would cry after visiting with her at the hospital. During the one hour drive home after seeing her, I would listen to "Vivo en Otros Aires"--a compilation of live songs from Otros Aires, and the music restored my joy and ability to go on functioning like my normal self.  That was the real reason I went:  I really wanted to hear this voice live--the voice that helped me through those dark days.

Adam:  Actually, I didn't even know that story until now, Eve.

Tango Therapist:  This is nothing that I expected in this interview about The Naked Truth, two people with tears in their eyes.  So this leads me to another question.  So were you ill at ease, Eve?

Eve:  Surprisingly not.  I find it very interesting that when I dance with clothes on, men tend to enjoy taking a few quick "snapshots" of my cleavage.  The funny thing is at The Naked Truth, I have never had so much eye contact in my life!   I actually felt more at ease than ever.

Tango Therapist:   Eve, that is amazing.  It puts a big smile on my face.  Okay, all three of us were at Eric's Silent Milonga together.  I think most of us at the Silent Milonga were NOT there to learn some spiritual truth, but it ended up being much more than just being silent.  One of the reasons I nearly went to The Naked Truth is that I don't think Eric would promote the event if there was not some psychological or spiritual lesson in the background.  So was this a good name for the event, "The Naked Truth"?  And was there a backdrop of a psychological lesson there?

Adam:  Yes, there are perhaps several psychological lessons here.  One for me was that before the milonga, I had a dream that I was naked in public and I was ashamed, but then I realized that I wasn't alone.  In the dream, I looked around and I was suddenly aware that we were all naked.  I understand that dream to be about feeling separated.  Hiding ourselves from Yahweh in the Garden of Eden because we are naked is rather foolish, don't you think?  Well, perhaps it is just as foolish that we are hiding who we truly are from each other.

Eve:  I learned the spiritual lesson that my dancing has nothing to do with the superficial touch.  The Naked Truth made it super, super clear to me that when I dance, I am touching another person's soul.  I was not conscious that we were naked.  The outward world of touch means "superficial."  My dancing is now clearly defined for me.  It was a revelation, an epiphany for me, and something I absolutely did not expect.

Adam:  Yes, I can say the same.  Eve said it better than I could.  Perfect!

Tango Therapist:  Well, I know that you both are not really New Age nuts; so this seems really remarkable to me that you had the guts to go.  What about others who were there?  Did anyone talk to you about their experiences?

Eve:  Well, I think you can let them speak for themselves in your comment section with or without their names.

Tango Therapist:  Okay, one last question:  I changed your names to Adam and Eve to protect your identities.  You were willing to speak opening using your real names.  Am I being too controlling to hide your names?

Adam:  Honestly, you are.  Sure at first, I wanted to "hide myself," but why should I?  Should I be ashamed like Adam before God?  The answer is that The Naked Truth is about not worrying about who one is, not trying to "clothe" and hide who you are.  It's a return to innocence.

Eve: It was so great to be myself, TT.  When I put on nice clothes, I try to accent myself and my femininity  as well as I can in order to have a better chance to dance.   But at The Naked Truth, I was open to show myself in the theater of life rather than to try to play the role of the Pretty Woman.  I never felt so free and satisfied with just the person I am.  The others at the milonga reassured each other with wonderful smiles that we are perfect just the way we are.  I am Sybille, and Tango Therapist is my fiancé in an interview with his own self-doubts before we both decided to take part in The Naked Truth.


Photo Credit:  A special thanks to my older son, who upon hearing about The Naked Truth, sent me Ingre's Violin as an appropriate photo for the subject:  The Body as a divine instrument.