Music, Dance and the Survival of the Fittest 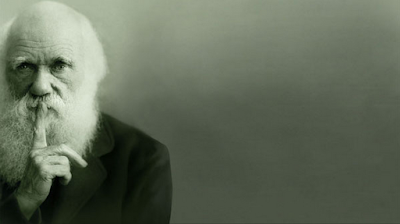 The thinking animal needs music and dance to survive.

Darwin hushed the music. He thought, at first, that music and dance were not important for the survival of our species. Evidently, he wanted to think about music rather than listen and feel.

Perhaps, unlike the Greek poets, Darwin did not want the Muses to distract him or, God forbid, get the him, as a clergyman, to move to the music! He was ignoring some important data. Music has preoccupied the poor, the rich,  and nearly all great thinkers throughout human history. What was Darwin missing?

After being perplexed for years of music's role in the survival of the species, Darwin eventually posited that music was linked to mating calls and these calls helped with propagation. Many scientists agree with this thesis. I myself wonder, Mr. Darwin:  Regardless of a musicians' gender, his or her music appeals to both sexes. One could argue, then, that music could confound reproduction since we are equally pleased with music produced by either sex.  The mating call theory just doesn't make sense from a survival perspective.

Fom my perspective, Darwin along with present-day prominent scientists are disturbingly ignorant of the powerful link between music and dance, and why they are so important to our survival.  Theoriests are stuck on slivers of truth. Because of my work as a therapist with psychological trauma, it is clear to me how music and dance help us survive as a species. If I were not already spending my time so usefully (dancing), the following would be my research project's thesis:


ABSTRACT:
Animals can be psychologically traumatised, but the thinking animal is far more susceptible to debilitating psychological trauma. The thinking animal--the Homo Sapien--would stop propagating itself if it had no special way to process how it views tragic events or is facing extreme odds, catastrophic events or extreme social injustice. Here are some of the examples of how the thinking-musical animal remains resilient.
Much of what has been said here appears to be all about music. How does dance fit in?  Dance and music simultaneously are created in the union of mind and body.*  The somatic response starts in bodily movement because simply walking creates a rhythm and rhythm starts the song. The entirety of music is rhythm, even tones are rhythmic frequencies. We Homo Sapiens cannot escape music. Music, through movement, haunts us as the healing spirit whom we cannot escape--nor would we want to.  The unity of dance and music enables us to survive and continue the species.

You must dance if you want to survive as the thinking animal.


*Bio-musicology includes dance, song, drumming and social synchronisation as the four elements one can find among human beings everywhere and through time.


Other interesting stuff music and its connection with survival: