The Five Languages of Tango

The wise tango dancer is fluent in five languages


Do you know your two primary "tango-love languages"?  Gary Chapman's book, "The Five Love Languages" has been on the New York Times Best Seller List since 2009.  Many people feel that his concepts have helped them to understand their partner's needs and feel that they are better understood by their partner too.

Tango gives you a chance to be far more perceptive about these languages than the average person.

I suggest you think about his categories from the perspective of being a more psychologically aware tango dancer.  The first place to start is self-awareness.  Consider the above five categories shown in the illustration above.  What do you think are your two dominant languages from those that are listed above?  Check your self-perception by taking the test and then, read on. 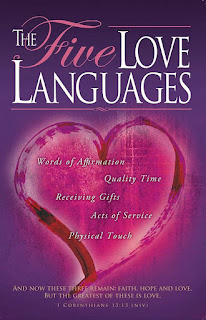 Reflections of Five Languages on the Dance Floor
Chapman does not address this, but to me it is important to understand the "meta-language" of culture.  Tango is a South American dance.  It seems to me that its "meta-language" is physical touch from Argentina, whose people are "warm" and "inviting."   I hear Spanish speakers saying that they miss their country when living in the US or many European countries because . . . "¡Se falta el calor humano!"  [Human warmth is missing!]
Here are the individual languages as expressed on a personal level:
Physical Touch:  If you know me then you will know that "Physical Touch," is one of my main languages.  That means that a warm, snuggly embrace is the best way to reach me.  My wife is this way as well.  We can dance with people who seem to want to push away or dance with an open embrace, but we are thinking, "What is the point?"  We then have to switch to our other dominant language in order to salvage the tanda.

Quality Time:  Those who speak "quality time" as a dominant language may love to dance but they may also have times that sitting at a table at a milonga in a deep into conversation may be just as engaging as dancing.   Another example:  The person fluent in "quality time" is the dancer who might feel more inclined to want more than one tanda with the person they like personally or enjoy as a dance partner.  As a new dancer, my wife did not understand the concept of repeated tandas as being a signal for perhaps continuing a relationship after two or three tandas in a row.  Without knowing "tango etiquette" multiple tandas communicates something different than mere quality time in most of the tango world.  When we met we enjoyed multiple tandas--and look what happened to us!  We got married.


Receiving Gifts:  Gifts are not just material things, but let's start there.   Mostly we buy ourselves tango shoes and tango clothes.  We can get much pleasure from buying ourselves some-tango-thing.  But how great it is to get a tango gift from a friend or partner!    On a psychological level, one of the greatest treasures to have or receive is the freedom of expression.  So  the "gift of movement to music" is a type of freedom of expression.  Reflecting on this "language" has helped me understand that a snuggly embrace will be difficult for someone who wants to be free to move and express themselves.  I now understand this language better, and many tandas are saved when I know that my partner speaks this foreign language.  I try my best.
Acts of Service:  People who speak "Acts of Service" fluently are unlikely to use the word "obligation" as a negative word.  A friend is sitting for too long?  It is a JOY to reach out to this person. Organizers of events and DJ's often speak AoS fluently.  Other examples:  For me it is clear that a woman has this as one of her dominant language when she demonstratively responds to being treated like a lady.  Gentlemanly behavior is an expression of an "act of service," such as bringing her to the dance floor and returning her table.  It is also tango culture to do this, so usually is acceptable even if it isn't a dominant language.  Warning: It can disturb a woman's partner who doesn't do this for her, especially when he sees that she so appreciates it!  He can go into a jealous steaming session.  I recommend that he buy the book and know his partner better.  For a man, "acts of service" might include bringing something back from the snack table for him, or simply appreciating his attempts at service.
Words of Affirmation:  Again, this is tango culture.  Women especially notice this when they go to Argentina or dance with Latinos, who praise their partners unabashedly.  Many women have told me that they enjoy this, especially when it is seen as coming from a foreign man.  Women who do not affirm a man with whom they wish to dance again could be making a mistake.   I personally find it weird when I finish dancing to a wonderful song in a musical way, and the woman then immediately talks about the weather.  I often know that the woman loves dancing with me because of many other signs, but she is not engaging me in my second dominant language. No matter how good it was dancing with her, I sometimes find myself unconsciously avoid dancing with her.

Wanted:  The Polyglot Dancer
In tango culture, I believe that one will have the most enjoyment by being functionally fluent in all  five languages.  Chapman feels that only two are ever going to be one's "native languages."  What are your dominant languages?  Now, be aware of your partners' two dominant languages, and practice speaking the languages that they understand.