The milonga is a microcosm of the Universe in many ways – at least in the human behavior universe. One of the enigmas of the milonga universe is how we dance with some and do not dance with others. I have no idea why some women won’t even look at me. I showered. I take tango lessons to be better. I go to practicas to learn what women feel from a new lead. I just don’t know why I am shunned by some. Fil, a tanguero friend and philosopher once told me, “You never will understand why a woman shuns you. It is just like life in that regard.”

Yet, I can reveal at least the secrets of why I do not dance with some women. I avoid certain creatures out there in the milonga jungle: 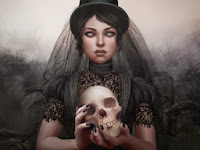 The Black Widow: A woman who looks angry is not going be someone I dance with. An angry tanguera scares me away. She seems mad a men and women, sitting there fuming that she is not dancing. The angry woman has three choices, I suppose: (1) Hire a dance taxi; (2) hire a taxi home before the chair melts from all the steaming; or (3) learn how to repress your homicidal feelings enough that men do not fear your lethal gaze.

Dressed-Down Doris: The problem usually is that the women have dressed very nicely, and we men dishonor them with casual dress. Ladies, don’t do what men do who break away from one the best parts of tango culture – such as looking, acting cultured.

Gretel Grudge: A tanguera who is a walking grudge bank. Gretel remembers the time a man said something stupid from 2 years ago (me). Gretel Grudge won’t even dance with the guy that danced poorly two years ago (me). Gretel will sit out more and more dances until she will have no reason ever to come to a milonga again. Gary Grudge, her husband, gave up tango about two years ago. Now he’ll have her company again. I won’t begrudge him that! (See the Black Widow above – pray for Gary.)

Satellite Dish-Woman (SDW): I don’t dance with her anymore. She is too hard to read. SDW sends out signals to men who possess the new, updated version of the SDW Tuner (that is, they can read minds). These men in possession of the ability to read minds will know that Satellite-Dish Woman really meant that her last three refusals were just for the moment. I do NOT have the new software or even SDW hardware. I like the less-complex biological transmitter (a woman’s voice). Bio-Transmitter Woman (BTW) has her shoes off or needs to rest. She answers my cabeceo but tells me (with her voice), “Don’t give up on me, I really just need to rest.” Women talk twice as much with men (according to research.) And one would think that they would be excellent at this task. Well, most woman are good at this task, except of course, Satellite Dish-Woman.

Miss Daisy: She loves me, she loves me not. Hot/cold. One day, don’t be surprised if you are dancing much less, Miss Daisy. Tango gives us all an opportunity to learn life’s larger lessons. Caliente/Helada Señorita Daisy probably is hot and cold at work and at home too, no doubt.

Techno-Frau: A woman texting on a cell phone is not going to get a cabeceo because … 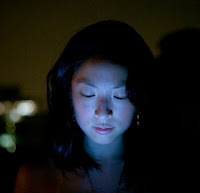 She is not dancing with me
She’s engaged to AT&T.
Milongas should be like western saloons where men must leave all weapons at the door and women, their cell phones. Is she texting all the men with whom she’d rather be dancing?

Kitty on a Leash: A woman sitting next to a man, and just dancing mostly with him is also a problem. I have double-trouble getting a cabeceo from her and an "I won't kill you if you ask her" cabeceo from him. She should get up and meet other people.

The creatures at the milonga I just mentioned are often just temporarily this or that. They grow (as I am trying to do), and become better dancers and people, sharing the great love we tangueros have of this rich dance and culture. Three years ago, I started out with “me Tarzan you Jane” in the Milonga Jungle. And now you’ll find me in the jungle enjoying the distant drums of the Tango Beat, wearing a tux, nodding with a smile instead of asking.  If apes can get what they want with a look and nod, so can we.


Next: The milonga creatures who seem to dance a lot (it is not all just looks)