How to please a woman 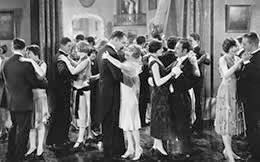 As in life, so in tango every man should know about what women want.
Once you know what a woman wants are you afraid she will change her mind (as the myth goes)?  The French novelist and diplomat, Jean Giraudoux, pondered: "Men should only believe half of what women say.  But which half?"   My suggestions above are part of the half you should believe, gents.   No question.

Giraudoux obviously did not dance tango, otherwise he would have said,  "Men should believe only 1 of 10 of the compliments they get when there are too many women at the milonga.  But which one?"

That's more like it, Monsieur Giraudoux.
Posted by Tango Therapist at Thursday, November 20, 2014