Warding off Dementia with Tango 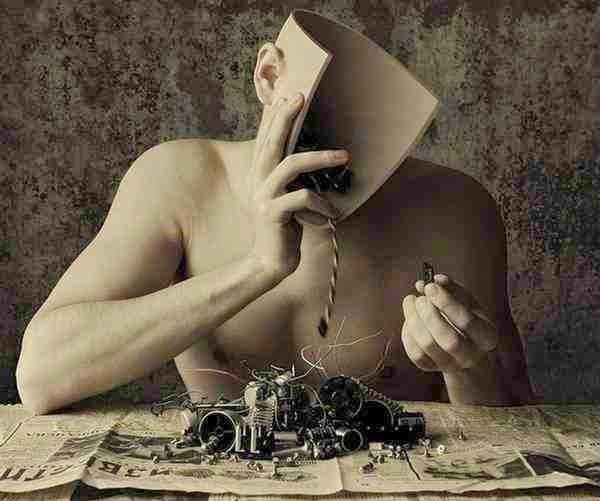 Tango and dance in general gives us a chance to maintain the most precious organ in the body: The Brain.

The onset of dementia slowly degrades this "organ of adaptability" to be only one that is merely running autonomic functions of the body.  Dementia is a frightening disease.  What leisure activity has proven to be the most salutary to those at-risk for dementia?

Dance.  Dance lowered the risk of dementia in the control group far better than any other leisure activity in a longitudinal study in the New England Journal of Medicine.  The researchers found out that dance was the ONLY exercise that reduced the risk of dementia in the at-risk population that they had followed for over 5 years. Other brain-activating leisure activities helped, but were not as powerful as dance. The at risk population did not have dementia at the start, but because those in the study were over 75, they were susceptible to dementia.  From 469 in the studied group, 124 of them developed a type of dementia.

Many therapists and caregivers in the field of helping people to lower the risk of dementia had long been suggesting exercise as a way to help the brain to be healthy, but this study showed conclusively that exercise, although good for other reasons, did not help in lowering the risk of dementia.  The Journal reported:  "Dancing was the only physical activity associated with a lower risk of dementia." The group of people studied were Americans from a time when an improvisational dance, Jitterbug or "swing" dancing was prevalent.  What really seems to help is to have to make decisions that are not automatic.  Are all dances the same?  Probably not.  But we do not know.

The disturbing thing for me about the article is that although dance seemed more powerful to lessen risk, it is hardly acknowledged to be the most powerful of activities they researchers followed.  Many activities, in fact, had no effect.  All the measurements they used were not nearly as conclusive as indicated in the text.  But since dance was the one thing that seemed to be the best of all the leisure activities, why are not the researches excited?  Why don't they suggest good research questions for the next researchers?  Dance is one of the unique behaviors that define humanity!  (Only baby humans, not other animals, react by a need to move to music.)  The pregnant question is:  Will participating in one own's central humanity be helpful to ward off dementia?

The next generation of researchers will have to be dance savvy.  We dancers would like to know more--especially those who have dance more than just tango.  We notice a big difference between tango and most other dances.  I believe tango will lower the risk of dementia more than any other dance style.  Obviously thinking may be a very important element of why dance did so much better than other leisure activities. A must-read Standford paper* posits that tango makes the brain think much more.   I also totally agree with the author's very low esteem of the words "leader/follower" to describe what both roles do!  (I am finally finding a few people who question the validity of these terms to describe what is happening in tango!)  Making split-second decisions that are not automatic probably help dance to be so powerful.  But we just don't know!  I believe that there is more to it.

These are the research questions I would like to see in the future.  Does the risk for dementia ...
What happens when you combine powerful elements?
I believe strongly that the Three M's of tango--Music, Movement & eMbrace-- will combine to be the most powerful mix.  Traditional, close-embrace tango provides all three.  But let's separate them out!  Researchers who do better work in the future need to separate the Three M's in control groups and compare them.   Music alone is powerful.  Movement (in this research mentioned above) alone has been shown as "physical exercise," and NOT helpful.  But I have a feeling that if control subjects were told to "dance with the music within" that this too would be powerful.  Embrace alone would be powerful too.  Many with dementia may be suffering from a touch deficit.

The statistically sloppy work here does not lessen how excited we all should be about this article. We who dance tango do not need to know what researchers say to feel confident about tango's positive effects.  Those who dance social tango--the tango that is both a dance and the expression of kindness and human closeness--know that it is salutary for their psychological well-being.

Okay, enough reading.  Go out and lower your risk of dementia, or if it is too late to get dressed up to go out, go dance in your kitchen to Troilo.  If your neighbors can see you dancing around in your kitchen, they may think you are demented.   They just don't know the facts.

Special thanks:
Sonia Lyris's blog featured the articles that I have mentioned above. Thanks Sonia. Click here for her article and refreshing questioning about tango teachers' poor choice of words, "lead/follow" as presently applied to tango.

*The statistical interpretation in the Stanford Paper are not nearly as conclusive as the author suggests, but his discussion is fascinating with some very good points.

Post Script:
Understanding the stats from the research article
If you read the research article, the hazard ratio comes out of survival analysis. Mortality rate statistics probably were better developed by insurance companies than by medical research at the beginning of using mathematical models; at least, that is how I understand it from my work in the field of domestic violence. It is a way of seeing if other influences caused an outcome.  Many of the people of this study died during the length of the 5+ years of study.  Many were dancing, for an example.  Did dancing kill them? No! Everyone was at least 75 years old at the start of study; so the youngest were 80 years old.  The Hazard Ratio is a way of looking at t confounding influences to find causality mathematically. So the numbers on the right give the reliability of the data. The easy answer is that the statistical analysis shows dancing having at least the most reliable indicators of not having confounding causes.  If the article is confusing to you, it is mostly because they put five years of effort into this study, and needed better controls.  The outcome is confused because the authors are not clear either.
Posted by Tango Therapist at Sunday, September 07, 2014