There's a difference between
social tango and an event that is best called a
tango social.

It seems that quite a few people are confused about this, especially here in Europe, where tango socials are not only common but also have a special code word:  "Encuentros."

Encuentros are havens for close-embrace enthusiasts, like I am.  And they can be wonderful, but they are not, as often advertised, "social tango."  There is no right or wrong between the two, but social tango is much different than a tango social--an encuentro.

Is the "social" in your tango a noun or an adjective?

If it is a noun, you belong to a group of people who, on average, have many criteria in order to be part of your group.  The diversity in any larger social group is carefully filtered out through criteria of things like skill, gender, wealth, having a membership, being a student or business connection.

If the "social" in your tango is an adjective, your perception  of "social" will be much broader.  The larger community is your tango expression (adj.) and you want to know how you fit into it, rather how your tango (noun) can be contained and maintained in a smaller box.  Let's look at some differences in normal uses of the word "social":

"Social" as an adjective:
Alcohol and domestic violence are social problems.
Social activism is the center of his church's theology.
The anthropological term, "social animal" describes, in part, being a "human being."

"Social" as a noun:
Wow!  We've been invited to the  High Society Social!
The Protestant Men of Faith church social meets every third Wednesday.
Never bring your box of checkers to the Chess Club Social.
Freshman Phi Kappa Phi sorority social will meet at a secret location this year.

So is your tango a noun or an adjective?  Here's the way I define these two terms:

Social tango (adjective):
Tango that embraces and promotes community interaction.  This tango can have an open embrace.  (Social tango is not a style of embrace but a way of being.)  Even if the tango "embrace" is open, it will tend to close as time goes on.  The floor will be crowded because it appeals to society and not an elite group who happened to have rented a small room.  Social tango creates its own style of dancing because close embrace works so well on a crowded floor or for people who are social animals and like to hug.

A tango Social (noun):  The tango social can have a very snuggly embrace, but it is not truly social. Would you call your family social if they hug each other?  A tango social has a latent connection or even overt connection to a merit-based group to which you belong for multiple reasons.  Most of these reasons that allow your entrance is that you deserve to be in this rather small group of the larger society around it; you have earned it if you are at any type of social, including the tango social.  If you get in once because you were quick to enter and have not been dancing very long, there's a good chance that the tango social will not allow you to enter again.  And word will get around.

The term "Tango Social" sounds kind of stiff, but it's better than "encuentro" if you know what it means in Spanish!  At the bottom of this post, you will find a definition of encuentro in Spanish with a translation.  But here's the bottom line:  "Encuentro" is often not very positive in Spanish or English (encounter).  Here is an example:   "That was a close encounter with death."

I am planning to go to a tango social--an encuentro--in March.  I wouldn't have signed up if it hadn't been for a group of us renting a bungalow together.  That'll be perhaps the best part for me.  Last summer, my partner and I were invited to a wonderful secret encounter in the middle of the forest!  The dance floor is put together only for one night each year and it fits only on one place on earth with a tree "growing" in the middle.  Magical! This secret milonga was absolutely private and a celebration among around 40 friends.  My partner and I knew only the organizers, our friends.  I really could not call this an encuentro as Europeans use the word, but yes, we were privileged, lucky and chosen.  Exclusive milongas--if they are rare in my opinion--have their place among close friends.

I have been invited to encuentros in Germany, Austria, France, Italy, Spain, and Switzerland.  But in most incidences could not go.   If only I were rich!  I'll admit it:  I love encuentros, and they are not evil or wrong.  But they are not social tango either.  At their very best, encuentros are like the secret milonga I mentioned above--if one can really call that private milonga an "encuentro."  No pictures could be shared on the Internet, no deadline to enter was present, and we were asked not to mention it to others to avoid hurt feelings. That is very un-encuentro-like.

I do not feel social when I am invited or admitted into an encuentro. 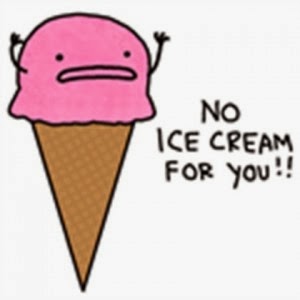 When I have been invited, I feel privileged.

When I am not invited, I feel excluded.

When I get my name in soon enough, I feel relieved.

When I know that an organiser "squeezes" me in after the deadline, I feel grateful.

When I know I could be like many other people who are outside the door wishing they too could enter, I feel lucky.

So I admit it.  I like encuentros (tango socials) but my heart is with social tango, a tango that is warm, kind and accessible--even to the uninvited.

Here's a loose translation (from above) of "encuentro":
1. The meeting of two or more people.  The meeting of one person with something, such as, "This was his first encounter with the forces of nature."
2. The coming together of two or more things at the same point; a coincidence.  [An encounter with death.]
3. A sports competition in which one faces an opponent (or the competitive facing of two teams).  [How did the exclusive stage tango team get into the finals?  Through merit--the few, the chosen.]

"No ice cream for you" (this is unofficial student newsletter article about being excluded from an elite ice cream social).