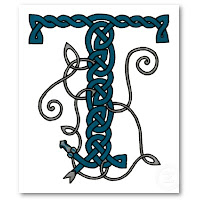 ango musicians are more passionate than the majority of tango dancers about tango.  They live it, breathe it and dearly love it.Why would they kill that which they love? 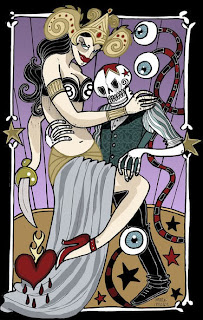 Well, jazz musicians will deny it.  But let's do some detective work.  Jazz as a popular music is dead.  It was marginalized by rock 'n roll in the late 50's.  In the 1930's and 40's, everyone was dancing to live bands in America and around the world.  The great jazz musicians were playing for dancers before they started doing sit-down shows.  This is the first clue in our detective work:  When dancers sit down, the end is near.

I am a jazz musician.  I played jazz before I played rock.  I played it professionally at age 13 before I ever played a rock n' roll gig.  I love jazz, but I colluded in keeping it dead (because it was already dead as a popular music when I started playing it).  I liked to play the complicated stuff, and I did not appreciate the dancer.

That changed when I was in graduate school many years later.  I decided to take a dance class.  I was exposed to all the ballroom dances, but I fell in love anew with swing era jazz, which once had filled dance halls with foxtrot and swing dancers.  I should add that upon learning how to dance to jazz, I immediately became a better jazz musician.

Later, when I started learning to play bass, I picked up a book called "Afro-Cuban Bass," and when I started to learn to play salsa, I was so excited about it that I immediately took a dance class.  This is what I knew I had to do to understand this music.

At that time, I was also influenced by a film I saw on a type of music that eventually would change my life profoundly.  The music?  Tango.  In that documentary, an veteran bandoneón player asks a younger player/composer what he imagines when he is playing his new composition.

"I see people in a club sitting, sipping on their wine, and listening with their heart and soul," he told the older man.

I would have thought that the older man would be glad that the new generation was composing tango music.  Unexpectedly, the older musician chastises him:  "You will kill tango when you forget the dancer."

While watching the film, I immediately thought about the mambo king, Tito Puente, in an interview talking about how he composes and plays around the dancer's experience.  Musicians from Latin America tend not to be overly influenced by Euro-centric ideas of shackling the listeners' feet to their chairs.  Euro-centric ideas have the audience obediently paying attention to the music like little disciplined children in the strict musical world of "sit still and watch" and "look but do not touch."  Although the European influence to tango is huge, the way it is danced and the role of the dancer is true to its African and Latin roots.  Music in Latin America is psychosomatic -- an experience of the psyche and the soma (mind and body).

Nothing was said in the film about jazz dying, but I had seen that happen, and I have watched rock become so complicated that something had to take its place too as a dance music, such as during the disco music era and the advent of hip hop and rap.

What will become of tango?  The good news I can say now (for a happy ending):  Tango will not die.

There are great musicians of all Latin American genres of music who haven't forgotten the dancer.   Also in Latin America when I go to functions, dancers of all ages get up to enjoy the music together.  As long as the culture of tango follows Latin culture, tango may be saved from its own end.  The question now is -- will dancers support these wise musicians?  Will tango dancers corroborate with the few musicians who value the social (not stage) dancer?

My greatest hope is that I fully expect that the best tango music has yet to be written and that it will be for dancers!

Part 2 of Musicians Killing Tango follows soon.  What do you think the "Four Deadly Assumptions" of musicians would be?
Part 3 of Musicians Killing Tango reveals some insights of the advent of DJ's, a look at other Afro-Latin dances who are losing dancers (and other gaining), and finally an appeal to milonga DJ's to reward modern composers who have not forgotten the dancer-friendly musician by playing their work at milongas.

See you soon.
Photo credit:  http://photobucket.com/images/death%20tango/
Posted by Tango Therapist at Sunday, May 08, 2011

Email ThisBlogThis!Share to TwitterShare to FacebookShare to Pinterest
Labels: Music and Musicality