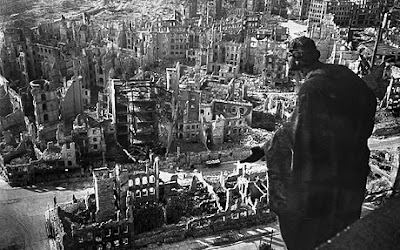 As I write this post, years ago at this time, on November 11, 1918 at 11:11 am,  the Armistice of the "End of the War of all Wars" went into effect.  But, of course, wars continue and warriors continue to die for some noble or ignoble cause.  It was naive to believe that all wars would end in 1918, but it still the hope of many.

My Ultimate Mission
My highest calling--outside of taking care of my family--is to serve veterans with a therapy that works.  As an EMDR trauma therapist with combat veterans, I discovered while dancing with a few friends in distress that if I danced with a warm embrace, musically and simply that a huge relief came over them. The concept of bi-lateral stimulation to the brain from EMDR's research, the power of music (music therapy) and a warm embrace to help in facing fears seems to combine to a powerful effect.

I am certain that tango therapy for psychological trauma from war truly works.  But "dancing" and "tango" in therapy will not ever be accepted by the stogy medical community.  Even EMDR, which has been the single most powerful tool I have had as a therapist is itself attacked by other "belief systems," which make claims that EMDR is not as efficacious as even drugs!  This is absolutely a lie. Drugs only mask.  Many egos fight for their model to be the one best therapy--but this is merely a type of fundamentalism in the medical community.  Warriors have been dancing to music around many fires after battles since the start of time.

What I learned from tango
Inspired with what I was experiencing from EMDR therapy and tai chi (ancient warrior "medicine"), I started suggesting to some of my dance partners that they face the thing bothering them rather than just to get lost in the dance and forget. Because of these therapeutic experiences while dancing with dear friends, I got permission as a therapist to work with couples at an Army Medical Center,* and the first soldier's childhood sexual trauma and his combat trauma were greatly relieved in a few sessions of "tango therapy."  The soldier's wife told me that she could feel a vibration in her husband's body when he forgave the person who had sexually abused him in his childhood.  He dropped a lifetime of homicidal feelings against his abuser in a single session. Combat-related PTSD also evaporated.  So this has become my life mission to work with veterans.

But who is truly a "veteran"?
I have seen soldiers go off to war and never engage in combat or be in any great danger, but their families suffered greatly, just not knowing if their father, mother, husband or wife would be killed at war.  So in this case, the veteran's family may suffer more than the soldier, marine, airman or sailor.

The Community as Veterans
My European friends have asked about the high rates of PTSD from today's wars. I realized from our discussions that many European families were clearly "veterans."  The husband went off to war and the family endured the horrors of war in their own towns, bombed or occupied by foreign troops. Often the entire population was numbed and psychologically traumatized from war--much different than today's wars in which the general population is at the mall buying stuff, totally unaware of what war is like at all.  Can people who have never seen combat or wear uniforms be "veterans"?  Well, do we know their stories well enough to know? Are they at war with domestic violence at home?  Are they fighting cancer? Are they afraid to even go into public after being raped or robbed?  Are they at war in their crime-ridden streets of their neighborhood?  Perhaps too, they are at war, under siege and we don't even know it as they look through items on sale next to us at the mall.  I am a veteran once having worn an Army uniform.  I agreed verbally or in writing many times that I was willing to be deployed.  But I have never been sent off to war.  My "war" has been to listen to the nightmares that soldiers have, to work through all the terrible things they have endured.  Many therapists give up this fight when they start having the same nightmares as their patients.  That's my war.

Be a Warrior and Veteran of your own War
Unbeknownst to the majority of the population, we all must face the fact that we are on a mission in which all will die.  To survive many battles you will need many tools of resiliency.  Music and dance in sadness and in joy will be one of these resiliancy survival tools.  The thinking animal needs music and dance in order to survive war.  Whether by weapons of war or by weapons of peace, then, be a warrior that has fought the noble fight.  As you are laid to rest in your grave, let it be said that you fought a noble fight.


*One might think that my experience as a therapist would have caught the eye of my colleagues, and that they would be delighted.  No, a colleague was outraged with the success of tango therapy because it was not drawn from scientific study. Because of her outrage, my supervisor suggested I not do the therapy anymore.  As a result, I plan to continue this wonderful work after I retire as an Army civilian therapist.  Sometimes one must retire to begin one's life's work.

Photo credit:  The aftermath of bombing in Dresden.  Who is a veteran of war?   http://www.telegraph.co.uk/history/world-war-two/11393917/The-firebombing-of-Dresden-archive-footage.html