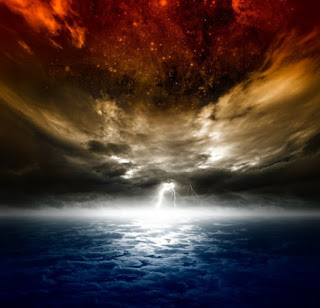 The end-times are certain.  Theologians and astrophysicists agree on this point.  We got a sense of the End-of-the-World Milonga here in Washington, D.C.  I first heard the term "snow apocalypse" at work on Tuesday.   Now the prophecy is in full swing.  There is such a hype over the end of the world around me!  Aren't people reading the Bible? Aren't people heeding what the astrophysicists are saying?  The End is supposed to happen!

I was happy at work today.  Last night before the storm, I went to the Pre-Apocalypse / Post-Rapture milonga at Eastern Market in D.C., which prepared me for the End--a long snowbound weekend with my wife.  For those not up on popular misunderstandings of the Bible, the End is subtly announced by the Rapture, which supposedly is when all the righteous people simply disappear before the End Times.  My theory is that those who follow the music, melt into the embrace, and move with grace are those who will (and often do) experience the Rapture over and over.

Perhaps speaking so nonchalantly about the End of the World will upset a few readers.  I should know better--talking about the post-Rapture Party bothers people.   My born again Christian boss from a few years ago, who preached the Gospel at staff meetings on his brand of Christianity, was 100% sure that he will be taken up into Heaven during the Rapture.  (He doesn't know that bullies do not fit through the Pearly Gates.)  Well, one morning, I went into his office and said, "There is going to be a Post-Rapture Party!  Do you want to come?"  He was speechless.  I continued: "Yes, all the righteous ones were taken up into Heaven last night."  This upset him.  Not sure why.  It would surely be a great party.  I only invited him to give him one last chance to be nice.

The End is certain.  So dance every milonga as if it were your last.  Experience the Rapture.