When she mistakenly thinks I am Zorro 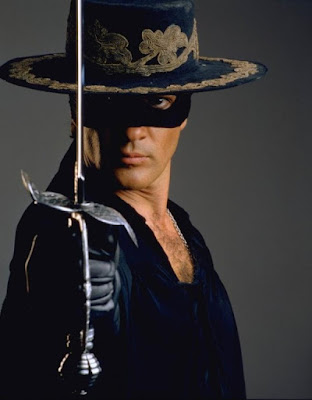 I cannot be Zorro, my favorite TV character as a child.  I am too white . . .

. . . but sometimes I get away with it in a dimly lighted milonga.  I am more like the Lone Ranger, that is, if I want to indulge myself with delusions of grandeur.

Earlier I wrote about the idea of valuing partners and how it will add to one's enjoyment in my last post, Tango and the Path of Pleasure.  The concept on a psychological level was that one can be tricked into valuing others or one can choose to value others as a chosen psychological Path of Pleasure.  The quest of going down a more psychologically mature  path of kindness and spiritual curiosity is obviously a way that assures a much more sustainable enjoyment of tango, or any type of pleasure, through one's life.  Along these lines of "valuation," let me give a few more examples:

Valuation that is not fully merited
I am at times valued because of my dance partner's fondness of me, regardless of my ability to dance. Also, it may be that she values me as a musical dancer in spite of my deficits in other areas of my dance skills.  I feel that I am now changing from being valued mostly as a musical dancer.  I am now trying to learn to be better at graceful moves, which I used to pejoratively call, "just steps."  So I now appreciate all the partners who have appreciated my musicality in spite of some quirks of awkwardness.  I am working on being better at graceful moves and applying them to my other talents to be a more rounded dancer.   But the best compliment is when my partner sees my soul as I reveal it to her through my embrace.   For whatever the reason you value me, thanks, ladies, for holding me with respect.

Mistaken Valuation and the Cloak of Zorro
In tango I first discovered the remarkable effect of being valued "more than I am worth" when I accidently started speaking Spanish to first-time dance partners.  During this time, I was living in Germany, and I often could be found in Mannheim, dancing my all-time favorite ongoing milonga.  I had just been speaking Spanish with a few partners from Columbia and Peru who preferred speaking Spanish or knew no German.  Several times I would get confused and I would begin speaking German to English/Spanish speaking partners who knew no German, and then on the other hand, I would turn around and mistakenly speak Spanish at first to partners who did not speak Spanish. I was confused!  Seriously, I was not pretending to be the "Latin Tango Dancer."  But after speaking Spanish by mistake, the cloak of Zorro would cover my persona, and I noticed that without exception the German women would melt into my embrace more than I expected.  It was clear that these ladies believed that I was from Spain or Latin America because they'd ask me at the tanda's end if I were from Argentina or perhaps Spain. My value changed in their mind, and it was obvious to me that they enjoyed themselves more, just as someone might enjoy their wine more if the bottle's price tag said 200 euros. Sure, I do like being valued, but I prefer that it be for other reasons than accidently duping them to believe that I was Zorro. 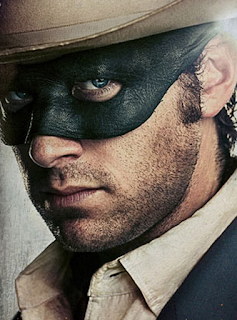 Unnecessary Devaluation
There is also different kinds of unfair devaluation that is not congruent to the person's true worth, caused by the dysphemism of the neutral word, "obligation."  Obligation is a perfectly good word.  But how catastrophic it sounds when a tango dancer feels obligated to dance with someone!  The perception of obligation nearly always predicts a poor experience even if the person is a great dancer.

If you truly do not want to dance with someone, it is best to save them the experience of your sense of a negative obligation.  But the more advanced way of growing psychologically is become more adept at truly valuing others.  Melt into the embrace, listen to their life story that is told through physical touch if you are willing and able to listen. Studies show that touch alone with no visual clues can effectively communicate a variety of emotions.  Are we listening and valuing these emotions?

In the the end when your lady says, "That was marvelous," tip your white cowboy hat, click your spurs and say, "Ma'am, my pleasure.  Much obliged." Swoop her up onto your saddle and take her back to her chair.  Even if she knows I cannot be Zorro, I still can be her Lone Ranger if she will let me.