The Archetypal Leader in Tango

A continued discussion on leading and following . . . 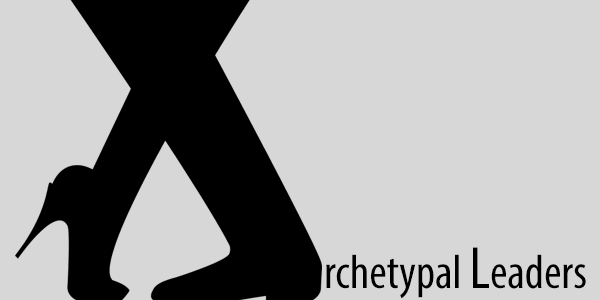 Who is the archetypal leader in tango?  La Música.  In dance classes we talk in very technical, prosaic terms about roles (leader/follower).  The language of art, feeling poetry perhaps must or should put aside in oder to better describe what each person is supposed to do.  We talk about duties of "leadership."   But in trying to be empirical and exact, I believe we have sacrificed the magic, the art and the poetry of tango.  Somehow "leader/follower" become the terms that best describe our magical roles.  I question the poetry of these terms, or even the exactitude of these terms.  If indeed the music is the archetypal one-of-a-kind leader in tango, now we must find
appropriate terms for our roles as mortal tango dancers.  Once the music begins, tango's improvisational nature knows no leader but the music, no matter what was said in a class about who leads whom.   La Música speaks with the authority and in her own distinct voice--just as any archetypal leader does. Her voice still dictates (in a very gentle way) every well-taken step to those who are obedient and have attuned their listening skills to understand her unique voice and language.

The Paradox Leadership:  The lead that follows
Although La Música is the archetypal leader on the dance floor, she is obliged to listen to the needs of the human spirit. Her compelling lead will not reach the human heart nor inspire our hearts to dance if she does not listen! La Música, as magical as she is, will fail if she does not listen to the Zeitgeist of our time, the newest generation of listeners, even (through the DJ or musicians) the very moment at hand. But she does indeed listen! And we call her changes for us (the human spirit and Zeitgeist) "musical periods."  Baroque, classical, romantic, impressionist are examples, but in modern times, consider what the "golden eras" or "épocas de oro" mean in the popular music of the last century. The golden era of Jazz, blues, rock, reggae, mambo, and danzón, for example, are the times when these types of music inspired people to dance. During Jazz's golden age, Carnegie Hall was never the host of jazz musicians who did not make it to this great stage without first proving themselves in dance halls. Interestingly, the Hall itself was saved by Jazz musicians, the new voice of the American music Zeitgeist because the Hall was nearly demolished when no symphony orchestra wanted to play there.

La Música's representatives in tango are mostly dead and few living composers. In our times the ability to to have a seánce with mostly dead tango musicians is led by a DJ, and we all know that if the DJ is not listening to the feeling of the crowd, and knowing the music well, the milonga will surely fail from this lack of being La Música's incarnate listener. The representatives and incarnations of La Música, hold a huge responsibility of listening first and then leading the dancers onto the dance floor. If La Música does not lead and follow in a balanced way, slowly milongas around the world eventually will be emptied of dancers.

The implications here is that there are overlapping roles for the couple and music. However, if we must come up with rigid terms, I would call music the only leader. Although those dancing have several leading roles, I prefer to call them both listeners. Consider the terms listener-guide (for the traditional rol masculino) and dual-listener (for the traditional rol feminino), who often has to mediate the argument that the listener guide is having with the Leader. :-)

Beginners have enough of a learning challenge than to give them the idea that one has to lead and the other follow. That learning construct is a damaging message to beginners! One role is overburdened with guiding while still being a blind beginner, and the other is overburdened with listening to timid or contradictory body language of the so-called "leader" and not to the music. Some veteran tangueras I know are still very much over-listening to me, and dance behind the beat because of it.  I am absolutely sure that this is the problem of over-listening.  At practicas, I have asked women hundreds of times to experiment with the idea of focusing only on the music and attempting not to listen to my body--just the music.  Voilà!  All of a sudden my partners start dancing on the beat and doing things that lead me to new vistas.  My theory is that they are finally listening to the Archetypal leader more closely.  And isn't she so cool!  I like listening to her as the only leader too.  Join me?

As a dance-floor navigator, I am the listener-guide, will you be my dual-listener*?  For short, I just drop the first word of listener-guide and dual-listener, and we become the "guide" and "listener." We are both listeners, yes, but with different roles.  From comments and discussions, I have come to like these terms, but the dialogue is open.  We still have a many centuries of discussion left.  It took 17 centuries for the Catholic Church to reject many poorly translated terms from the original languages into Latin.  Let's not wait that long!  I don't have 17 centuries to wait fro a good translation.  Yo tengo prisa.   ¡Favor de acompañarme adelante con términos exactos!

Leave a comment with your ideas of other alternative and more exact translations from Spanish for lead/follow! (Please not a word, about how much you love the terms lead and follow, okay?  This is a "Protestant" discussion forum for heretics only.)


*The Dual-Listener is an ambassador or mediator between the Leader (La Música) and the guide.  However, if the listener-guide is NOT arguing with the Archetypal Leader, then the dual-listener has the very pleasant job of just being present in a wonderful embrace, dancing and listening to the music, rather than attempting to stop a war.