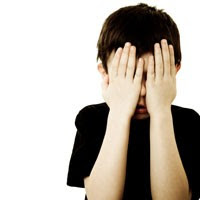 When I was a boy

When I was a boy,
I was told not to cry.
So I stopped.

When I was a youth,
I was told not to sing.
So I stopped.

When I was a teen.
I was told not to dance.
So I stopped.

When I went off to war,
I was told not to talk.
So I stopped.


This poem is dedicated to the hundreds of soldiers I have met as a therapist who have started talking again after being afraid to tell their story.  It is an honor to meet the real boys and girls in my office.  They do not know me as the "tango therapist," but, as you might imagine, I do tell them to also learn to dance along with learning to talk.


Discussion:
A friend asked me after my last post on the body as the primal musical instrument if each person has at least a latent ability to dance.  I answered her in the words below, and then was inspired to write the above poem.

Email ThisBlogThis!Share to TwitterShare to FacebookShare to Pinterest
Labels: dance, dancer, On being a man, Poems, tango poems, Therapy